Located half way along the Main Beach Road. 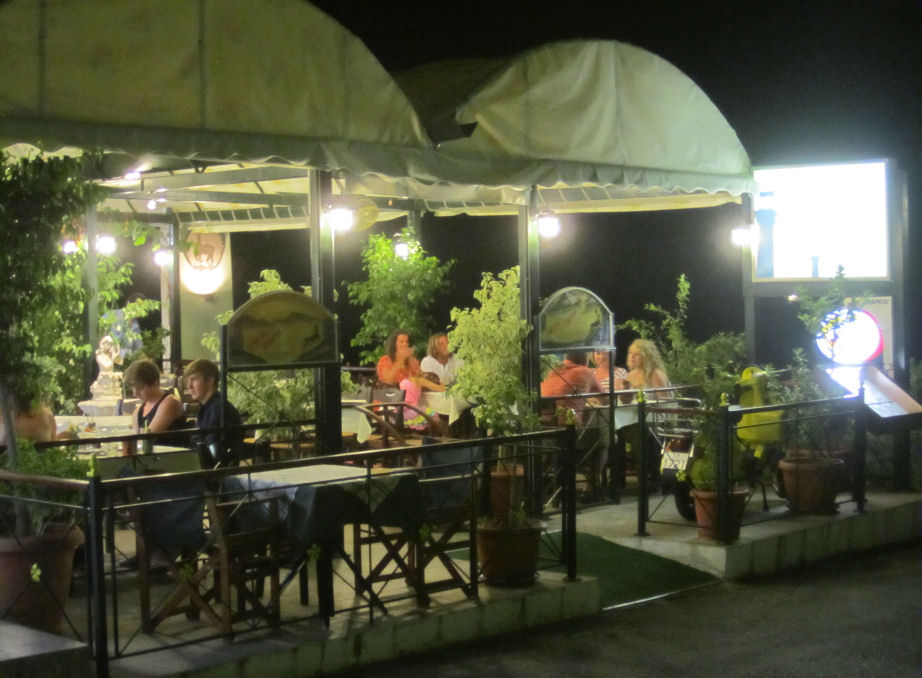 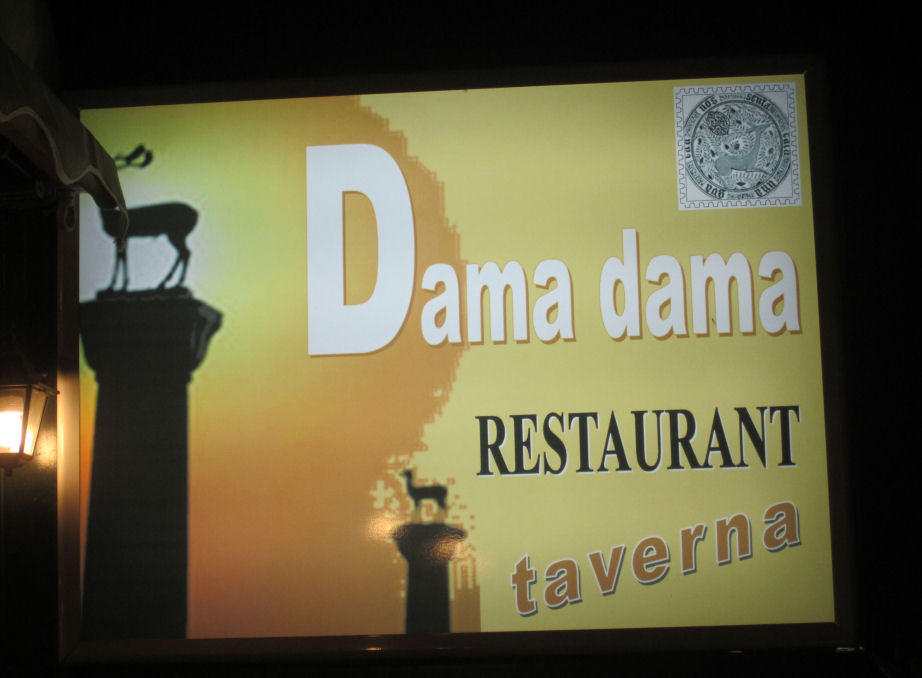 It's no surprise that Dama Dama took the top spot in our Best of Pefkos vote in several different years.

It's a simple recipe that just works. The staff are a family. The recipes, cooking and service have a level of pride that is superb. The food is amazing and caters for a variety of tastes. The dishes are cooked to perfection. You get a level of service at Dama Dama that just draws you back.

Dama Dama is a really friendly family run taverna on the Main Beach Road, close to the Matina Hotel. It's very popular place to eat, not only because of the great tasting food.

At Dama Dama you get a really personal service from the owners. You can watch the Chefs at work in the kitchen from your seat, and the specials are often made to family recipes. If you visit Dama Dama for a meal you will not be disappointed.

We recommend trying the special. The Lamb Shank was an amazing dish. The Sea Bream was also very tasty.

The Fallow Deer of Rhodes -Considered for many years one of the island’s symbols, the Rhodian Fallow Deer, which inhabit the forests and form part of the island’s legends, is one of the few European species of deer that have survived until today. Gracing the entrance to the city’s old harbour, each atop a column, stand two bronze deer atop col, one buck and one doe.

There are many folk tales about how the deer came to be found on the island. Many argue that they were introduced to Rhodes with the arrival of the Crusaders, a theory which is supported by historical evidence.

In ancient texts Rhodes was sometimes referred to as Ophiousa, a word meaning having lots of snakes. According to the aforementioned theory, the Crusaders, in order to protect their camps from this hazard, imported the deer and used them to keep the snakes away.

Although deer do not actively hunt and kill snakes, as many believe, it is said that the deer’s antlers secrete an alkali substance which bothers snakes and drives them away.

Some of these animals escaped from the camps and hid in the woods. Today’s population of Fallow Deer are their direct descendants.

An alternative theory says that the deer were imported by the Venetians when they controlled the island. However, in ancient texts Rhodes is also on occasion called Elaphousa, meaning that at that time it had lots of deer, long before any of the medieval invaders arrived on the island.

Archaeological finds showing evidence of the existence of deer in the Eastern Aegean supports this theory as they suggests a much earlier date, perhaps as early as the 6th century BC.

Known locally as platoni, the Fallow Deer (Dama dama) are smaller than other deer, standing at 1 m, measuring between 1.6 and 1.9 m in length and weighing approximately 40-80 kg. Only the bucks have antlers which are broad and shovel-shaped. Their coats, which in the summer their coats are brown with white mottles, darken in the winter.

Our restaurant and our family are very proud to be Local Rhodian people and we are amazed from British people for your support your love that you have for us and our Greek restaurant and we would like to thank you for being here for us the past 10 years of our success. our promise to our customers is to maintain our quality of food and service and to be giving you the best Greek atmosphere like we have until today.


If this is a favourite of yours, give them a vote in Best in Pefkos 2019.

If you want to book a Pefkos holiday close to Dama Dama, a popular choices include Matina